FIND A JOB FIND A NURSE 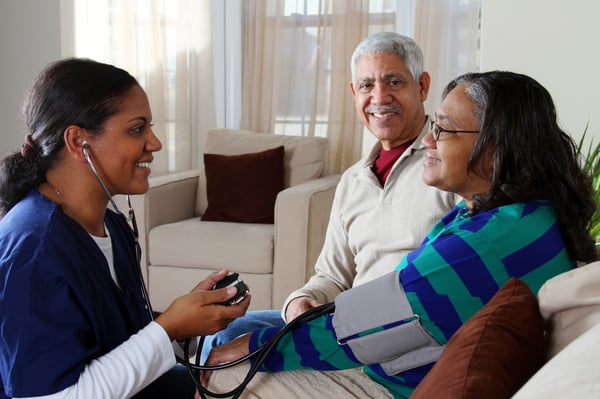 The enactment of a New York State law that is posed to change the face of the state’s Home Care industry is scheduled to take place on October 1, 2018. Albany legislators are aiming for this new law to reduce the number of Licensed Home Care Service Agency (LHCSA) businesses by half --from 1,500 to 700, or less.  In response, Home Care Industry Leaders have established the “LHCSA Marketplace” that would provide an opportunity for any LHCSA wishing to sell their smaller sets of MLTC assets to make that intention known to other LHCSAs desiring to acquire such assets.

Louise Weadock, MPH, RN, CEO/Founder of ACCESS Nursing Services and myCareGPS is the architect of the LHCSA Marketplace, says: “There is a dire need to move quickly to accommodate the October 1st legislative timeline. The Marketplace is an expedient and logical solution that will address the goals of the legislation to consolidate the long-term care industry while ensuring continuity of care for its patients and value for thousands of New York’s entrepreneurial home care businesses.”

The new law would affect the highest number of people who require licensed home caregiver services: the elderly and poor; and the Medicaid and Medicare populations whose benefits are managed via insurance companies, called Managed Long-Term Care Plans (MLTC Plans or MLTCPs). The new law requires MLTCs to reduce the number of LHCSAs with whom “MLTC plan” may contract, based upon “Patient Count” (how many patients an LHCSA has under contract with an MLTC). This means that long-standing LHCSA caregiver-patient relationships with MLTCPs serving smaller patient loads, will be upset by MLTC Plans forced to terminate their contracts.

How can LHCSAs ensure continuity of care for patients and realize the value for their business, developed over years of hard work?

The LHCSA Marketplace was created to provide an opportunity for any LHCSA wishing to sell their smaller sets of MLTC assets, and then make that intention known to other LHCSAs desiring to acquire such assets. Much like eBay, this online LHCSA marketplace will inform potential buyers of the seller’s key metrics regarding a proposed seller's asset base. The platform provides anonymity among the participants until there is preliminary congruence between a prospective buyer and seller. Once a “match” is made and a Letter of Intent is in place through the web platform, the two matching LHCSAs will negotiate an appropriate transaction between themselves, without any further involvement of the LHCSA Marketplace. The prominent healthcare law firm, Epstein Becker and Green, PC has been retained to provide advice regarding the legal establishment and operation of the marketplace.

Many LHCSAs have already received “Non-Renewal Notices" from client MLTCs as they slash their number of contracted LHCSAs based upon regional criteria.  For downstate, contracts must equal no more than one contract per 75 enrollees by October 1, 2018; a further reduction to one contract per 100 downstate enrollees will be required by October 1, 2019.

“This legislation will create a crisis for many long-term care patients, who, without their having any say in the matter, are being threatened with the imminent loss of their caregiver and nurse, who has provided them with compassionate care for many years. LHCSAs are deeply concerned about what will happen to their clients as the MLTC Plans terminate their contracts. The LHCSAs are also in distress, with bankruptcies looming and the potential loss of the assets they worked so hard for over many years to create,” says Weadock.

Many in the healthcare industry are dreading October 1st and this new law.  “However, this does not need to be a crisis or the end of the road,” says Weadock. “The LHCSA Marketplace provides a solution, addressing the goals of the new legislation: to consolidate the long-term care industry while ensuring continuity of care for its patients and optimal value for a LHCSA that needs to sell or buy in order to survive.”

For more information on the LHCSA Marketplace email:  info@aeonhc.com